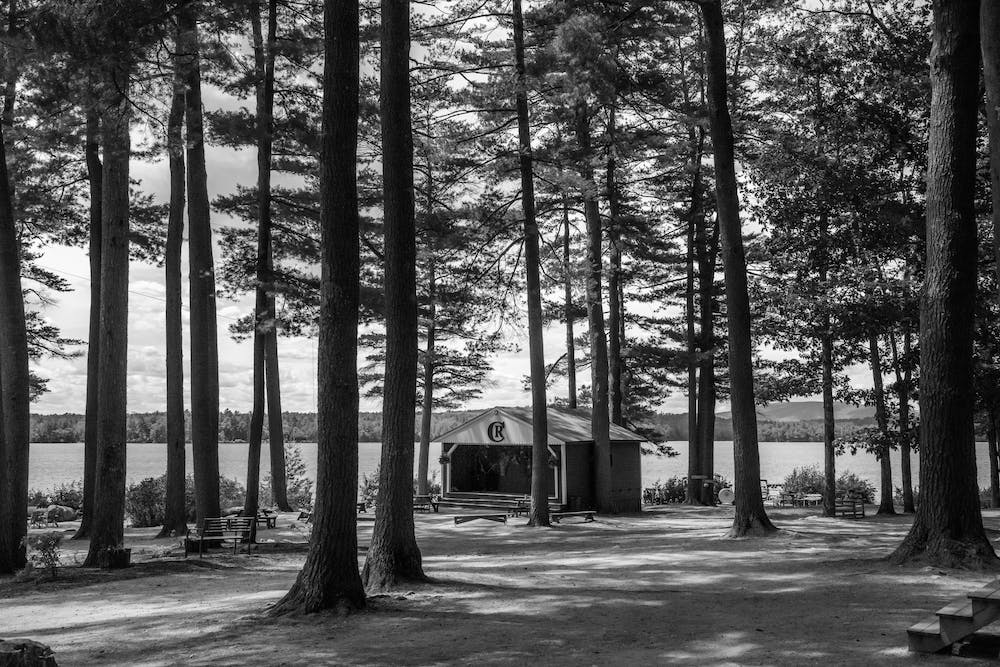 The story of Robindel is especially interesting, and perhaps a bit ironic, when analyzed through a historian’s lens. Many of our buildings were part of Robinson’s Lodge, a small New England resort that prospered in the 1940s. Robinson’s Lodge was known for its beautiful setting, delicious food, and famous guests.

During this time period our brother camp down the road, Camp Winaukee, allowed parents to visit for two weeks of the summer. Many of the Winaukee parents came up to the area and stayed at Robinson’s Lodge. When the polio epidemic struck in the late 1940s, Winaukee stopped allowing parents to visit camp for fear they might bring polio in. Without the business from Winaukee, Robinson’s Lodge struggled to remain open.

In 1951 Eli and Fanny Robinson (of The Robinson’s Lodge) joined with Paddy & Adele Feldman, both educators, to start Camp Robindel for Girls. The name Robindel comes from Robinson and Adele.

“Doc” Sobel and Paddy Feldman both attended Camp Wigwam, a model for the summer camp industry for most of the first half of the twentieth century. They then worked together as directors of Winaukee and Robindel, forming a strong brother-sister camp relationship.

It was Fanny who originally taught Chef Gary to bake the challah and matzoh ball soup that he would go on to serve to generations of Robindel girls until 2021! Gary mentored our current kitchen staff who continue to make challah bread each week.

“As we enter our second decade of camping at Robindel, it is fitting that we renew our faith and belief in the high ideals that have left such a deep and satisfying imprint on all of us. We shall continue the rich and varied opportunities for the development of worthwhile skills, wholesome fun and personal growth and improvement. In the knowledge that friendships are an essential factor in our camp life, it is our steadfast hope that the years ahead will see the widening and strengthening of these bonds. Our every wish and hope for another ten years of happy camping and comradeship.” 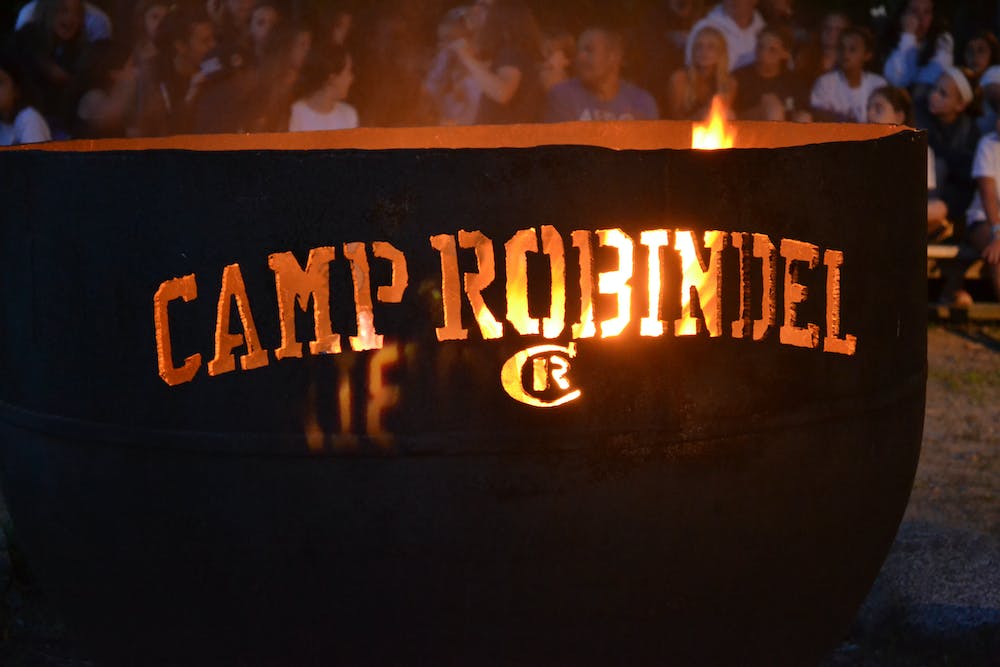 Prior to the summer of 1977, Ann & Nat Greenfield purchased Camp Robindel and operated as the owners and directors for four decades. They added many new buildings to camp, expanded the dining hall, built the ropes course & additional tennis courts, and upgraded the infrastructure, amongst many other projects over the years. They maintained and grew Robindel into the well-known premier summer camp for girls that it is today.

In 2020, 70 years after the polio epidemic, the COVID pandemic struck. Amidst great fears and unknowns, Robindel did not open for the 2020 summer. Though we were able to operate in 2021, it was not without immense challenges. Shortly after camp ended in August of 2021 Ann and Nat announced that they were shutting the doors on this part of Robindel’s history.

In the fall of 2021, a long-time Robindel family purchased Camp to preserve our special place. This is the kind of love Robindel inspires. They are more than financial backers — they are cheerleaders and experienced mentors supporting the directors, Jolly and Cori, enthusiastically looking towards the future and how Robindel can impact girls for generations to come.

While Robindel has evolved through the years, keeping up with the needs and interests of our campers, important traditions are deeply rooted at camp. Traditional camp songs are still sung during meals and at Sunday Campfire, and campers look forward to activities that span generations: Apache Relays, The Sing, Track Meet, Goldrush, Tuesday cookouts, Friday Shabbat dinner, and the ceremonial tree planting by the oldest campers in Juniper. Whatever the event, girls old and young share the Robindel traditional experience.

In 2019, alumna Nancy Blum Wasserman who began attending Camp Robindel in 1954, recreated the music for the original CR alma mater song (written by Marsha Mosley) so that it will never be forgotten. She worked with a pianist to write the music and recorded herself singing it. We are so grateful for this gift from Nancy which can be heard above. It is easy to imagine the emotion of all of the campers and staff singing this in their final days of summer.